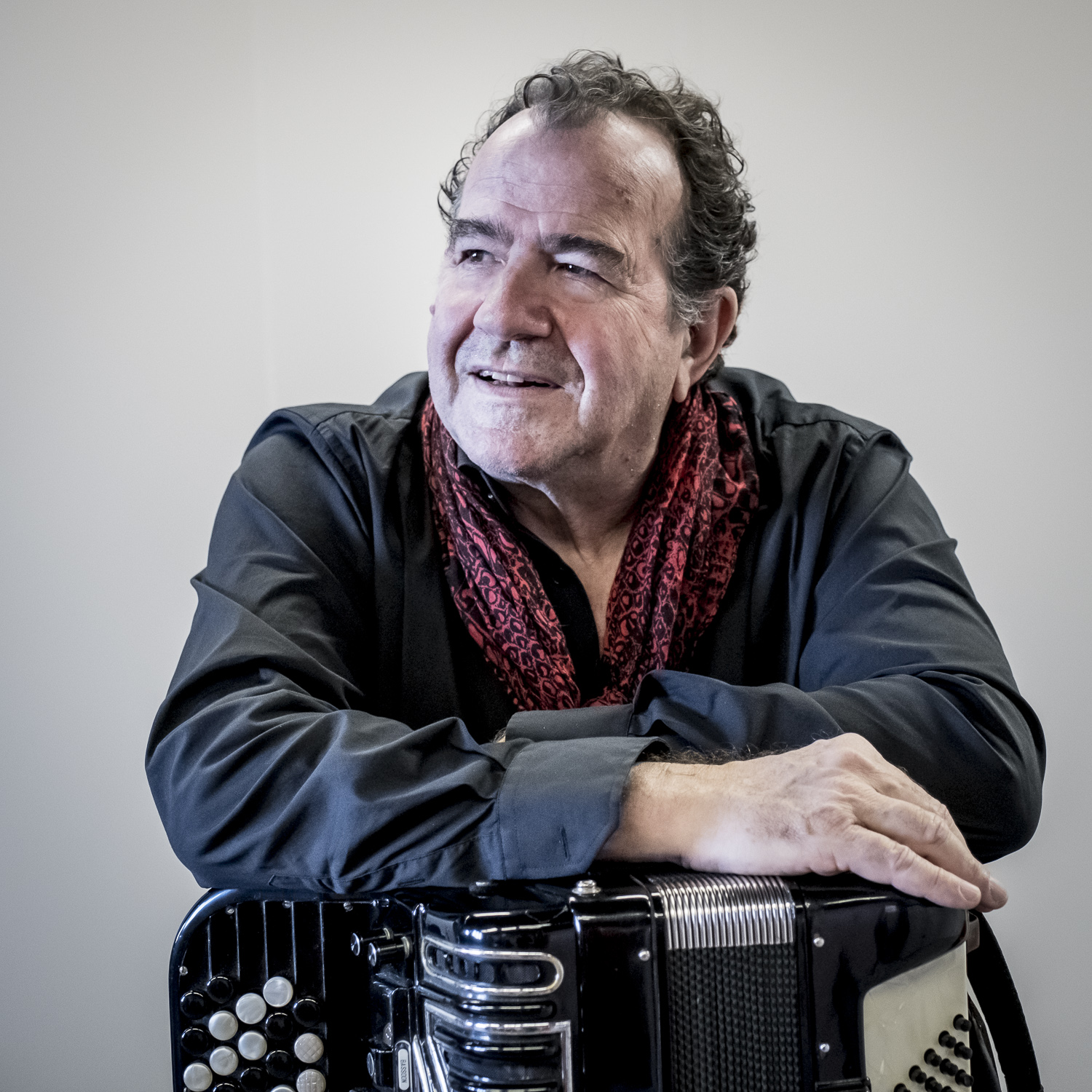 Accordion and bandoneon virtuoso, composer: Richard Galliano expresses himself in all musical fields, from classical to jazz. He is nowadays the only accordion player to record for the prestigious classical music label Deutsche Grammophon. Richard Galliano studied piano and accordion at the age of 4 with his father Lucien Galliano, accordionist and teacher.

He arrived in Paris in 1975 and met Claude Nougaro, becoming his friend, his accordionist and conductor until 1983. The author and composer found each other. They get along beautifully. From this close collaboration will be born many songs that are part of the heritage of French song, such as Allée des brouillards, Des voiliers, Vie Violence, etc.

During his world tours, he has performed in the most prestigious theatres: the Lincoln Center in New York, the Victoria Hall in Geneva, the Accademia Santa Cecilia in Rome, the Théâtre des Champs-Élysées in Paris, the Théâtre Marinsky in Saint-Petersburg, the New Philharmonies in Hamburg and Paris…

In 1997 Richard Galliano was awarded a “Victoire de la Musique Jazz” for his album New York Tango. He was again in 1998 for a new album Blow Up, recorded in duo with Michel Portal. In 2009, he was appointed Officer in the Order of Arts and Letters.

He recorded a Bach album with Deutsche Grammophon in 2010. This album breaks the records of classic sales and exceeds 70,000 copies sold.

He won the “Victoire de la Musique Classique” in 2014 and also received the “Best Composer of the Year 2014 Award”.

Continuing more and more frequently to record classical repertoires, he recorded a new album in 2016, this time dedicated to the work of Wolfgang Amadeus Mozart.

In 2016 he was promoted to Officer of the National Order of Merit by the President of the Republic François Hollande.