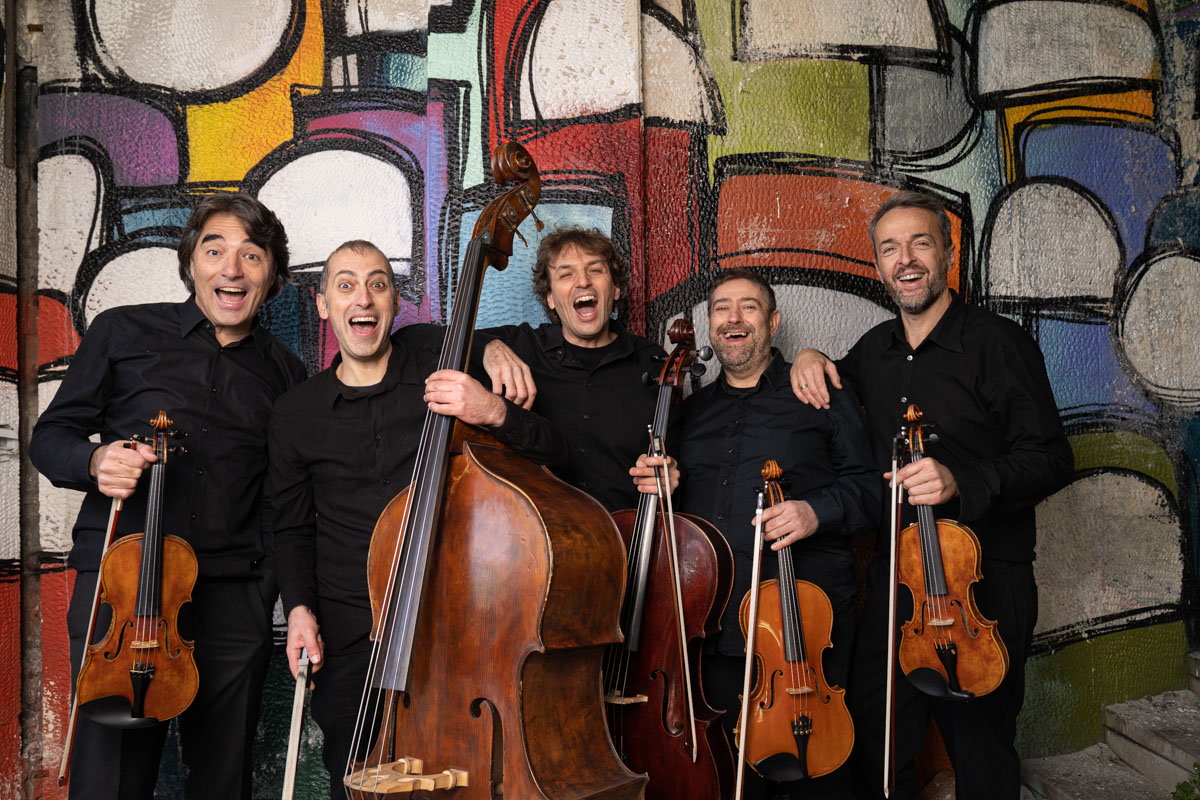 Founded a few years ago on the initiative of five musicians rather bored by the usual daily routine, this ensemble resolved to fight against the irresistible torpor which rules over concert halls on the entire planet.
Right from the first concerts (if we exclude the volley of stones of March 2004 and the hail of vegetables and over-ripe fruit on the occasion of a concert in Borgnasco in June last year), audiences have shown their appreciation for the performances of the five shady characters.
The choice of programme, which ranges from New Age to the most refined classical, not scorning incursions into Afro Tribal Jazz and the most cerebral Neuro Swing, ensures a programmatic variety that can only satisfy all palates, from the refined to the boorish, in a mystical universal communion which makes every concert a miracle of ecumenical cosmopolitan harmony.
The musical raids, the eurythmic digressions and the cacophonic artifices of the Quintetto Bislacco cannot fail to amuse old and young.