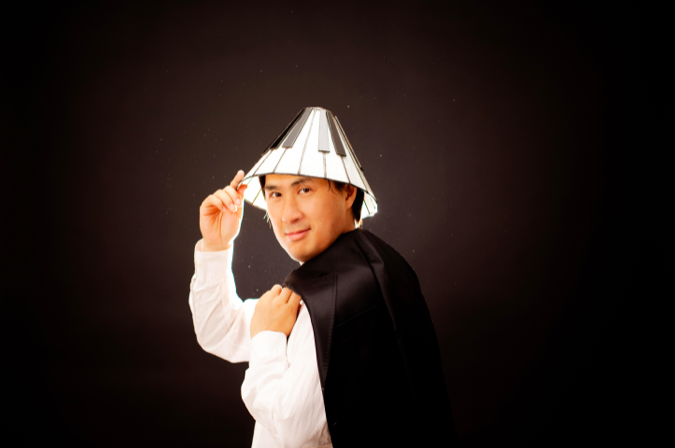 Hyung-ki Joo was born. He is British, but looks Korean, or the other way around, or both.  He started piano lessons at the age of eight and a quarter, and two years later won a place at the Yehudi Menuhin School. There, he discovered that he was among geniuses and child prodigies and was convinced he would be kicked out of the school. In the end, he was never kicked out but teachers and fellow students, such as Aleksey Igudesman, did kick him around in various parts of his anatomy, making the future of any offspring rather bleak.
No matter how difficult those seven years at the school may have been, it only strengthened his love of music, and a while after graduation, he was chosen by Yehudi Menuhin himself to perform as soloist for his eightieth birthday concert at the Barbican Hall, London. You can see a tiny clip of them rehearsing on Hyung-ki Joo’s YouTube Channel: Joo rehearses Beethoven with Menuhin (link for the Web)  Joo rehearses Beethoven with Menuhin.

F.Poulenc, concert for two pianos and orchestra with Stefano Bollani